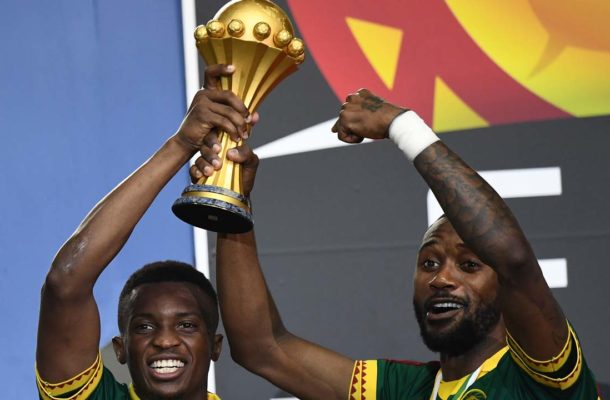 One of Africa's top journalists Mamadou Gaye has vehemently backed the continent's football governing body Confederation of African Football (CAF's) decision to strip Cameroon off the hosting  right for the 2019 African Cup of Nations.

In an exclusive interview with Kumasi based FOX FM, the Ivorian journalist outlined lack of adequate facilities, efficient and reliable security as well as political instability among the reasons why he agrees with the decision.

"CAF took the right decision , in 2010 we all saw what happened in Angola where Togo's team bus was attacked during the AFCON , Paul Biya (Cameroon President) after 36 years as did not build any better stadia. As at now there are Boko haram gangs in Cameroon, suicide bombers are operating in Cameroon, kidnappers recently kidnapped students and it's still ongoing".

"At the moment if you go to Cameroon all the billboards for the AFCON  you can't see any, you can't see billboards of players like Samuel Eto'oo and top players expected at the tournament all because of the dictator Paul Biya, so why should we send our youth to go and worship such a man?"

"In a country where there is no security we can't bring players like Sadio Mane, the Ayews etc."

"Nobody forced Cameroon to accept the 24-team format, they had the right to reject it. Where was Paul Biya in the 36 years he reigned? Paul Biya failed to build stadiums, hospitals etc."

"Honestly where we stand now the only country that stands a better chance to host the AFCON successfully is South Africa. Infrastructure wise they are on top, South Africa hosted successful world cup in 2010".