TOR Saga: I answer only to the President, not subordinates – Boakye Agyarko 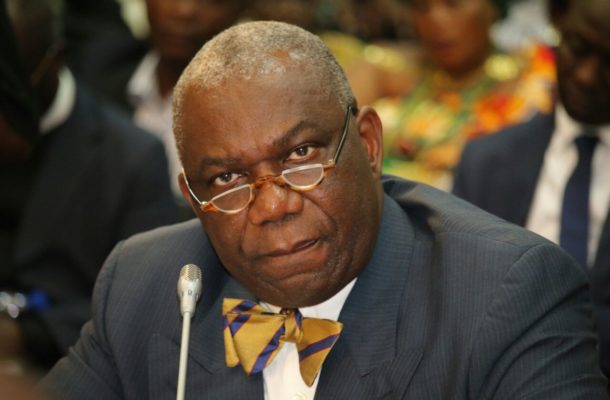 The Energy Minister disclosed in January that government in partnership with the private sector will build a new oil refinery at the cost of $4billion.

The new refinery is expected to produce about 150,000 barrels of oil per day, eight times the current production of the TOR when completed, leading to the gradual easing out of TOR into a tank farm—a move the management of TOR labelled as ludicrous.

Mr. Osei and his board chairman, in a united voice, have kicked against the decision wondering why the refinery will be scrapped at a time when it has installed a catalytic cracker with the hope to commence full operations.

“I didn’t come to TOR to preside over its demise. I have not come here to run this company by scrapping it,” Isaac Osei said, adding: “I don’t think converting it into a tank farm is the way forward.”

Commenting on CEO of TOR’s opposition to the ‘tank farm’ idea on the sidelines of the Licensing Bids Evaluation and Negotiation Committee, Agyarko said Mr. Osei has no locus to question the move.

He said: “If you are a minister, it’s beneath you to engage your subordinate on something both of you disagree on in public or on radio. And if you are under a minister and you disagree with his decision you don’t resort to the radio to vent your displeasure.

“So as a minister, I will not engage any of my subordinates over issues we disagree on radio. It’s beneath me. I’m not being boastful or arrogant. It’s just not right. The President will be in town tonight; I will engage him on the matter and move it on from there not my subordinate,” he added.