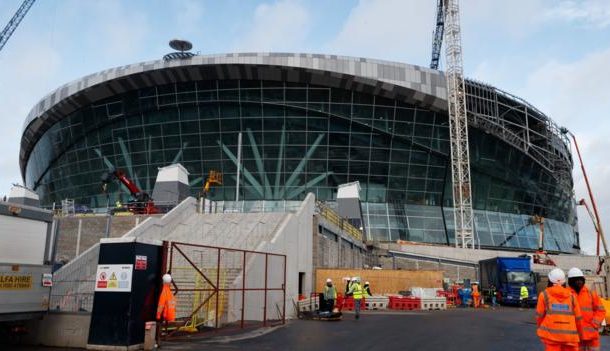 Tottenham supporters said the club's new stadium has "surpassed anything we'd imagined" at an fan familiarisation event held on Sunday.
Located at the the old White Hart Lane site, it was due to open in August but is now expected to be ready early in the new year.
The stadium, which will also host NFL games, has a 62,062 seating capacity.

Spurs v Man Utd to be played at Wembley

Tottenham Hotspur Supporters' Trust tweeted: "Hugely positive day at the South Stand familiarisation event. Congrats, Spurs. You've created a stadium that's surpassed anything we'd ever imagined. Cannot wait to come home."
Supporter Chris Paouros tweeted: "What a day! The new stadium is really quite something. So exciting to be in a new place that feels so much like home."