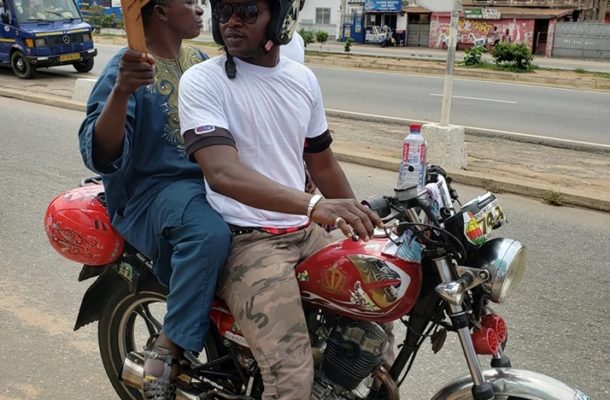 A physically challenged man joined thousands of protesters who took to the streets of the capital, Accra on Saturday October 13, 2019 to demonstrate against the brazen acts of discrimination in public institutions for wearing the head veil known as hijab.

The man who was unable to march like the others hired a commercial motor bike also known as 'okada' to join the protest.

The protest dubbed the #hijabisanidentity campaign was an all white peaceful walk which began from the Nima-roundabout to the Obra spot.

An Islamic committee is already in place to receive complaints of discrimination over hijab.

A case of discrimination against a Muslim wearing hijab is currently pending before the Supreme Court.

Muslim women hope a favourable ruling will bring an end to the problem.