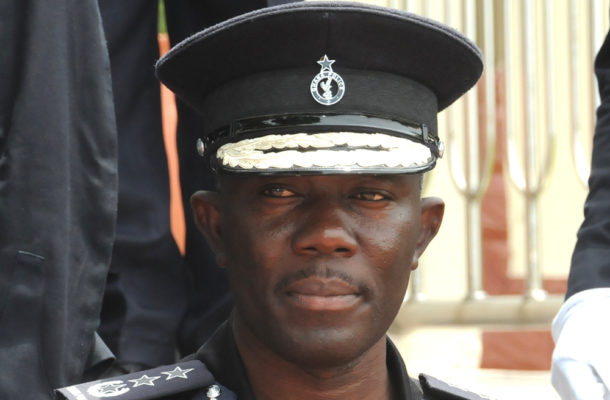 A 29 year old careless driver Danso Gilbert Tweneboah who was driving a Toyota Land cruiser V8 on Sunday 28th November, 2021 has been busted at  Akim Nsutam on the Accra-Kumasi Highway.

The driver was arrested by the Inspector General of Police (IGP) Dr. George Akufo Dampare who was in traffic whiles the said driver who was driving a Toyota Land cruiser V8 with registration number GB 3729-20 was coming from the same direction but failed to observe traffic ahead and drove through the opposite lane forcing oncoming vehicles unto the shoulders of the road.

He was given a hot chase by the Inspector General of Police (IGP) Dr. George Akufo Dampare and was arrested.

When the vehicle's insurance was checked with the National Insurance Code *920*57# it revealed that the insurance certificate on the vehicle is for a Toyota Vitz vehicle.

According to sources the Toyota Land cruiser vehicle that was been driven by the accused was smuggled into the country from neighbouring Togo and has not got the necessary documentation from Customs Excise and Preventive Service(CEPS).

The Toyota Land cruiser with registration  No. GB 3729-20 has been impounded at the Kibi District Command while the accused is being prepare for court.