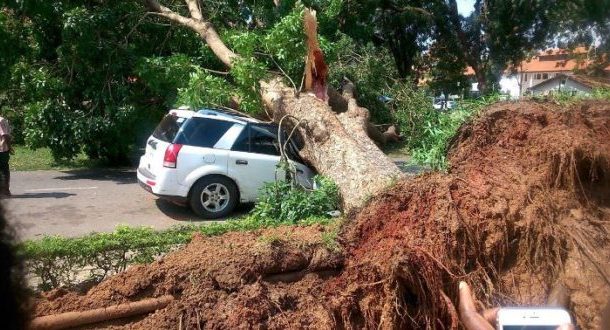 The vehicle according to some students was parked in the shade of the tree when the incident happened. No casualty was however recorded but made it impossible for other cars to use the road.

Though the cause of the incident was not immediately known, some of the students blamed it on a pipe leakage at the place which they say has been left unchecked for close to a month hence weakening the roots of the tree. The vehicle according to some of the students is believed to be for a staff of the University.

Security personnel are currently on the ground to ensure the area is cleared.