Tsikata’s behaviour awkward and unbecoming – Deputy AG descends on him 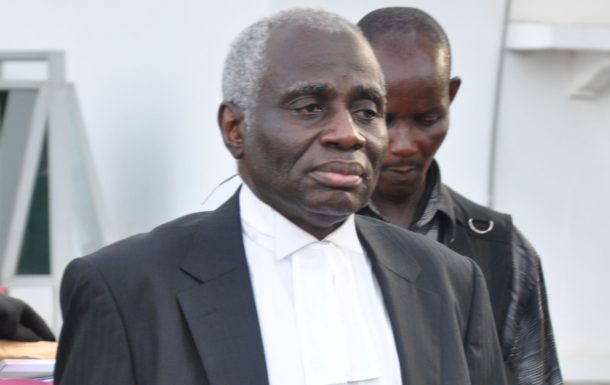 A deputy Attorney General, Godfred Yeboah-Dame has described the lead counsel of the ruling National Democratic Congress (NDC), Tstatsu Tsikata’s behaviour at the Supreme Court on Thursday regarding the case of the largest opposition party wanting a review of the earlier ruling that persons with a birth certificate cannot register in the ongoing voter registration exercise, as awkward and very unbecoming of a senior lawyer like him.

Mr Tsikata who replaced Edudzi Temakloe as the lead counsel for the case failed to file his submission to the apex court of the land when the case was called on Thursday July 30, 2020. The NDC was requesting for a review of the Supreme Court's earlier ruling that bars people with birth certificate from registering in the voter registration exercise.

Mr Tsikata argued that the Electoral Commission filed its processes late [30 July 2020], depriving him of time to study the document.

But Mr Yeboah-Dame said if there is anyone or person disadvantage or short-changed then it was the Attorney General and the Electoral Commissioner.

“What happened in court and the kind of conduct engaged by the counsel of the NDC [Tstatsu Tsikata] was very awkward and very much unbecoming of a person who is a senior at the bar”, he expressed unhappiness on an Accra-based Radio station monitored by MyNewsGh.com.

“A motion was actually served on the A-G on Tuesday 28th July, 2020. The point I'm making is if there is any disadvantage or anybody to complain about lack of time, it was the respondents [AG and Electoral Commissioner]. Nonetheless, we went ahead to file our submissions just only yesterday [29th July, 2020] to argue the case”, he pointed out.

“The EC filed a process today [30th July 2020] that Mr Tsikata argued he needed time to study. The NDC had also actually filed an application for an abridgement of time that is the shortening of the date that the review will be held. Today, the motion was heard and the court said nonetheless the motion should be heard today; the substantive motion for review should be held today. When the abridgement of time was granted, Mr Tsikata was ill-prepared to move this application for review”, he explained.

“The point in issue is that if you applied for review, you don’t argue from the other side to start with. The point is you are actually attacking the judgment of the court, you are not alleging any conduct or behavior on the part of the other side”, Mr Yeboah-Dame emphasized.