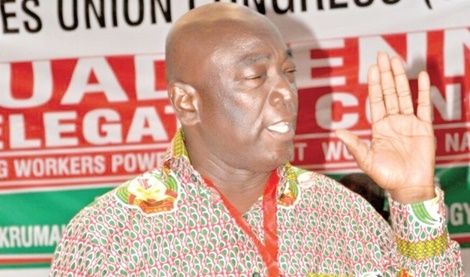 THE TRADES Union Congress (TUC) of Ghana has expressed its displeasure over the apparent inability of President Akufo-Addo to prevent fuel prices from rising continuously.

In a statement signed by its Acting Secretary-General, Joshua Ansah, the TUC explained that the current situation with fuel prices and the sharp depreciation of the Cedi was not what the New Patriotic Party (NPP) government promised Ghanaians in its 2016 manifesto.

According to TUC, in its 2016 manifesto, the NPP promised Ghanaians a reduction in fuel prices saying “this was to be achieved by abolishing some of the taxes in the petroleum price build up and a competent management of the economy such that exchange rate losses will not translate into higher fuel prices.”

But after more than 18 months in office, it said the NPP government has not been able to control fuel prices and that prices of the commodity have gone up by an average of more than 25 percent.

It explained that from January 2017 to date, fuel prices have been adjusted upwards on 16 different occasions, recounting that “this was not what Ghanaians were promised.”

TUC complained that despite the promise to abolish taxes, the price-build-up remains saturated with taxes and fees.

It disclosed that the current fuel price being paid by Ghanaians contains some 10 different taxes, levies and margins.

The TUC has therefore urged government to scrap some of the taxes and fees on fuel prices to cushion Ghanaians.