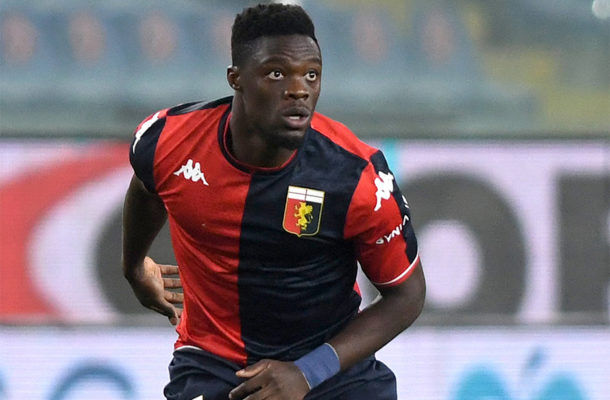 Galatasaray is the latest club in Turkey to have shown an interest in Genoa striker Calaeb Ekuban this summer transfer window.

Ghanaian striker Caleb Ekuban is looking for a new club after his Italian Serie A side Genoa suffered relegation at the end of the 2021/2022 season.

The player joined Genoa in the summer of last season after a fine campaign for Trabzonspor but as they always say the grass is not always greener at the other side as he struggled to produce the goals at Genoa.

The last name suggested to Galatasaray by the manager is Trabzonspor's former football player Caleb Ekuban.

The transfer will be shaped according to Okan Buruk's response to this offer. Transfer work in Galatasaray continues at full speed. While the Yellow-Reds speed up their work for the transfers to the defense, midfield and forward line, many names are suggested to the Yellow-Red Club through the managers and one of these names is Caleb Ekuban

The manager of the Ghanaian striker presented his player to Galatasaray Sporting Director Cenk Ergün.

Ergün conveyed the situation to Okan Buruk. The transfer will be shaped according to Buruk's response to this offer.

Ekuban left a great mark with his performance whiles at Trabzonspor .

Caleb Ekuban scored 20 goals and provided 12 assists in 83 matches in the Super League with Trabzonspor.