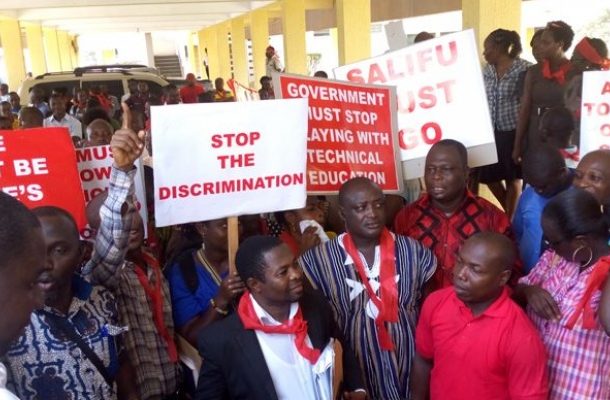 The Technical University Teachers Association of Ghana (TUTAG) have declared an indefinite strike with immediate effect.The association is lamenting salary discrepancies and unfair variances in their conditions of service.According to the association, government’s failure to migrate lecturers in the six technical universities onto a befitting pay structure after the polytechnics were converted in 2016, is hurtful in several respects.The lecturers also indicated in a statement that despite several notices to draw government’s attention to an already existing pay structure for public universities for which their members qualify to enjoy, nothing has been done about their grievances.