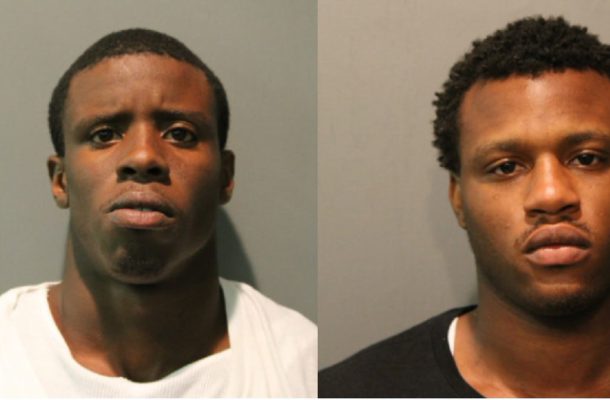 Two brothers have been charged for the alleged murder of NBA Star, Dwayne Wade's cousin Nykea Aldridge, according to police.

Overnight, CPD charged the Sorrells brothers for the murder of Nykea Aldridge

In a series of  tweets, Communications Director of the Chicago Police, Anthony Guglielmi provided information about the brothers charged with Dwyane Wade's cousin's tragic death. "Derren Sorells .... Is a documented member of the Gangster Disciples," he claimed in a tweet, adding "Mr. Sorells is on parole."
According to Guglielmi, Sorells is allegedly on parole for a gun charge. "Sentenced to 6 yrs in Jan. 2013 & let out early," Guglielmi wrote.

Aldridge's community and family continue to mourn her death. She was shot and killed in crossfire while pushing a stroller down a South Side Chicago street when several men allegedly started shooting at each other. NBA star Dwyane Wade took to Twitter to share his grief, writing "My cousin was killed today in Chicago. Another act of senseless gun violence. 4 kids lost their mom for NO REASON. Unreal. #EnoughIsEnough."

On Saturday, Wade posted a series of tweets about his cousin's murder, including one that said, "The city of Chicago is hurting. We need more help& more hands on deck. Not for me and my family but for the future of our world. The YOUTH!"