Two Nigerians remanded for trying to sell compatriot in Ghana 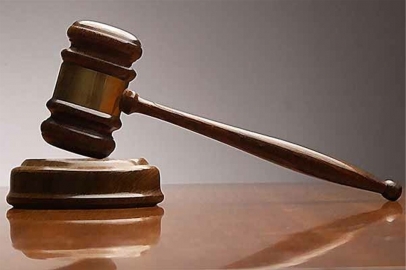 Two Nigerians living in Ghana has been accused of conspiracy after the attempted to sell 19 year old compatriot for the sum of 2 million Naira.

They are Monday John who is unemployed, Fidelis Haruna a tiler have all been charged with conspiracy and have been remanded in Police custody by an Accra Circuit Court.

Monday John faces an additional charge of human trafficking whiles both persons have pleaded not guilty and will reappear in court on 28th December,2020.

Prosecutor Chief Inspector Judith B. Asante told the court that the two persons were squatters who lived at the Kwame Nkrumah Circle in Accra while the complainant in the case is a herbalist at Chisco Transport Services at the same venue.

According the prosecution, the complainant was approached by John on 1st December 2020, that he had a human being for sale.

The complainant became suspicious but feigned interest and told the the accused to get back to him at 12pm.

All this while the complainant had alerted the Police about the transaction.

Monday John lured the victim, Destiny Okoye to the complainant's shop at Circle under the pretext of finding him a lucrative job.

The accused negotiated for a fee of 2 million Naira to sell Destiny Okoye in the complainant's shop before he told the accused to wait and that he was going to bring the money.

The Police quickly swooped in and arrested the accused John Monday.

When he was sent to the Police station, the accused mentioned one Haruna and Favour at large as his accomplices in their bid to sell the victim.

On 2nd December,2020, Haruna was arrested by the police at the Holy Gardens at Circle but denied having any knowledge about the crime.