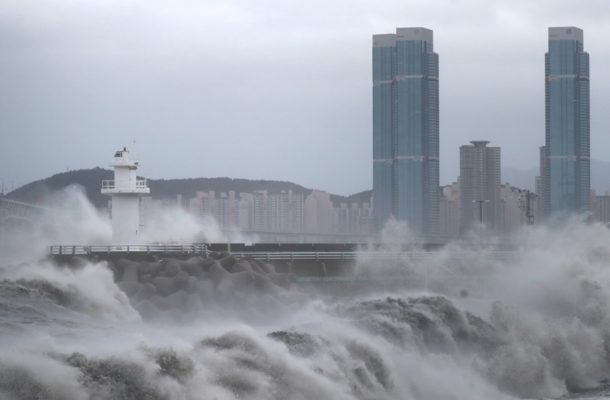 Typhoon Haishen made landfall just north of the South Korean city of Busan on Monday morning, cutting power to homes and factories, toppling trees, and forcing trains to be cancelled and flights grounded.

The storm, with heavy rain and powerful winds of as much as 126 km/h (78 mph), made landfall in Ulsan in the southeastern part of the Korean Peninsula at approximately 9am (02:00 GMT) on Monday morning, according to Yonhap news agency.

It knocked out power in some 30,000 homes as well as in factories belonging to Hyundai Motor and Hyundai Mobis, the country's biggest car parts manufacturer. Across the country, 298 flights were cancelled and wind shear warnings issued. 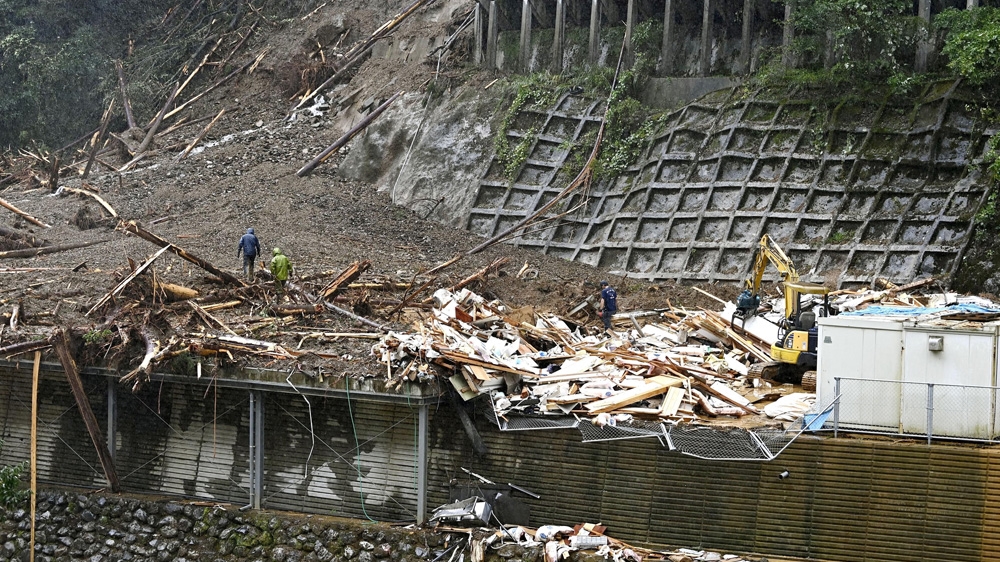 Haishen arrived in South Korea after battering Japan's southern islands and cutting power to thousands of homes, but not causing major damage or injury.
Some 440,000 homes in the southwestern Kyushu region remained without power on Monday morning after the storm passed through, public broadcaster NHK reported. It added that 32 people had been injured, including a woman who fell down a flight of stairs in the dark and four people who sustained cuts after the glass windows of an evacuation centre were blown in.Almost 2 million people had been ordered to evacuate the region, which was still recovering from heavy rains and flooding in July that killed 83 people.
Typhoon Haishen follows just days after Typhoon Maysak smashed into the Korean Peninsula, leaving at least two dead and thousands without power.
The storm is forecast to weaken as it moves up the Peninsula during the day, reaching North Korea around midnight.
North Korea has borne the brunt of both Maysak and Typhoon Bavi, a storm the week before.


Korean Peninsula battered by its second typhoon in a week