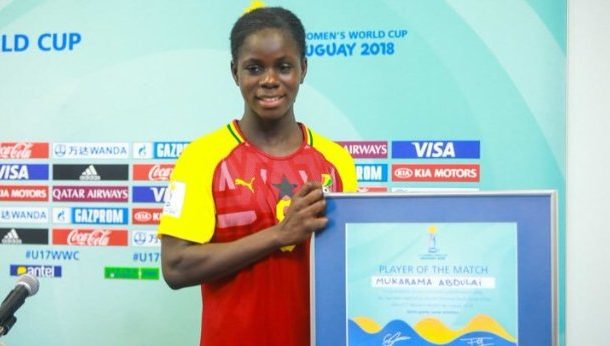 Black Maidens captain, Mukarama Abdulai has emerged as the top scorer at the end of the 2018 FIFA U-17 Women's World Cup held in Uruguay.

The Northen Ladies forward scored 7 goals and provided 3 assist as Ghana exited at the quarter-final stage at the hands of Mexico.

Mukarama, in doing this broke Jane Ayieyam’s record of the most goals scored by a Ghanaian at the competition.

The heroine classic performance earned her the bronze ball award as well, despite been denied a semi-final place.

The 16 year old has also been named in CAF’s 15-woman shortlist for the Women’s African Player of the Year award.