U-20 AFCON: Ghana exit competition after 1-0 defeat to Mali 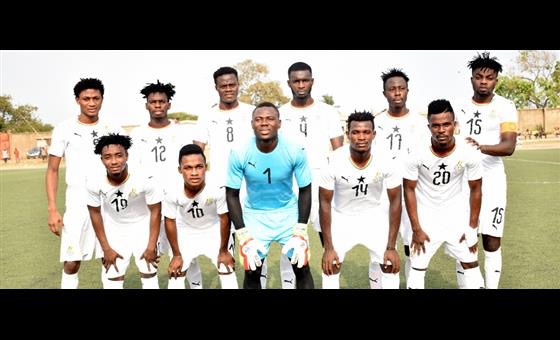 Ghana failed to qualify for the FIFA U-20 World Cup for the second time running after suffering a narrow defeat to Mali at the Africa Youth Championship in Niger.

The Black Satellites were beaten 1-0 by regional nemesis Mali at the Stade Général Seyni Kountché on Saturday.

Hadji Drame connected to a cross from El Bilal after a brilliant play with Koita of the left side.

Mali began the game on a positive note after creating the first chance of the game only for striker El Bilal's shot to go inches wide.

The Young Eagles came close again after Drame released Sekou Koita on the flanks, but the Red Star Salzburg player could not connect to the pass.

Ghana were comfortable in possession but could not create any attacking threat as both sides went into the half barren.

The Black Satellites return from the half a stronger side but went down eight after the break.

A throw from the left found Bilal in the box who interchanged a pass with Koita before lofting the ball to Drame who cooly headed in.

Mali joins Senegal from group B as semifinalist and will represent Africa at the FIFA U-20 World Cup in Poland later this year.