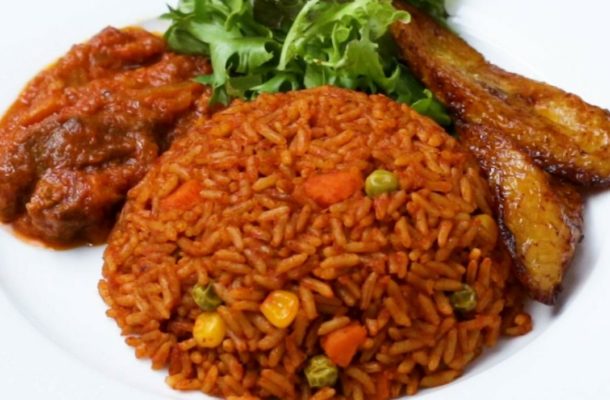 Soon, Norfolk will be home to a kind of restaurant rare in America — a casual and friendly lunch counter devoted to the West African flavors of Ghana.

At Yendidi restaurant in Norview Heights, Ghanaian-born chef Josephine Oteng-Appiah plans to serve the tomato-rich jollof rice stews, spiced beef and plantains, and vibrant grilled fish she grew up with — along with a whole new world of flavors she’s learned since moving to America.

The restaurant hopes to open June 15 for take-out and delivery.

“I have been cooking since I was 5 years old,” Oteng-Appiah said. “I learned how to cook from my mother and my grandmother. I learned in their kitchen.”

But though cooking was always central to her life, she hadn’t planned on becoming a chef. In Ghana, she studied biology, and came to Virginia to work in health care and study at EVMS.

But while she was still in school, she and her husband, Nassar Kwabena Seidu, started a fashion business on the side, Abena Aforo, devoted to vibrant African-influenced designs. By the time she graduated school, the side business was her main profession.

“The fashion took over,” Oteng-Appiah said. “The fashion was in demand: We also have a beauty salon.”

Abena is not just the name of the couple’s fashion business. It’s also the name by which Oteng-Appiah’s customers and friends best know her. In Ghana, a person can have many names, Oteng-Appiah said. Women who are born on a Tuesday are often called Abena — a child of the sea. Kwabena, also Tuesday-born, is the male equivalent.

As their fashion business took off, Oteng-Appiah said, customers kept wandering in and asking about the heavenly smells of the food she was eating there. Ghanaian cuisine is known for thyme and garlic and curry and nutmeg and bay leaf, not to mention a fragrant pea plant called prekese.

And when customers tried it, she said, they loved it.

“It became a big thing. I couldn’t keep up," Oteng-Appiah said. "So we decided to open a restaurant.”

They hope to open their restaurant in the early weeks of June, with casual lunch takeout from 11 a.m. to 4 p.m. on weekdays, and an expanded menu on Saturday from 2 p.m. to 11 p..m.

But Yendidi won’t just be a traditional West African restaurant, she said. It also be a ground for experimentation, with flavors and techniques Oteng-Appiah has picked up from the many people she’s met since arriving in Virginia eight years ago.

“When I came to America, I met Irish people, Mexicans … and in the homes I went to, I picked up the way to cook as well," Oteng-Appiah said. “It’s an infusion of the things I have learned upon my way, an infusion of the ways I learned how to cook other people’s food.”

At Yendidi, you can expect a Mexican-Ghanaian jollof rice burrito made with black beans. And as it turns out, the Irish and Ghanaians share a love of corned beef and cabbage. Ghana’s version, however, is quite a bit spicier: Yendidi’s has habanero pepper in it.

Many of the other flavors will also be familiar, because the cooking of West Africa has helped form the fundaments of both Southern and Caribbean cuisines, from stewed greens to meat pies.

“People ask questions,” she says. “Are these gonna be things I don’t know? I say, ‘They’re similar to things you eat here!'”

Oteng-Appiah is also taking some of the New World cooking traditions into account when making traditional Ghanaian dishes.

Ghana is home to one of the world’s great fried chicken traditions, distinguished by both its seasoning and Ghanaian chefs’ habit of steaming the chicken first over ginger and garlic for extra juiciness and flavor.

“I don’t dip it in too much flour,” Oteng-Appiah said of her breading. “I don’t like it when it’s too fried, it makes it dry. My chicken really is juicy.”

But Oteng-Appiah also borrowed a little trick from the buttermilk-loving South: She now steams her chicken with milk.