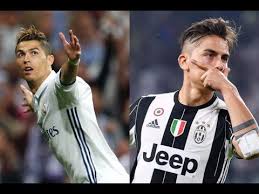 Four of the remaining 8 teams in the Champions League will continue the battle to earn right to be in Kiev on 28th May, 2018, as the first legs of the quarter-finals stage kick off tonight as Juventus welcomes Real Madrid and  Bayern travel to Spain to face Sevilla.

Juventus and Real Madrid contest a two-legged repeat of last year’s Champions League final when they meet at the Juventus Stadium in Turin.

The Biaconerri haven’t lost a match since November but you reckon that unbeaten streak will be put to the test by the super efficient Real Madrid team led by Cristiano Ronaldo.

The 12 time European Champions who has never won against Juventus in the knockout phase comes into the game with the compliment of a full squad after defender Nacho passed a late fitness test.

Juventus on the other hand will be missing some key players including: Pjanic and Benatia who are both serving suspensions and midfielder Bernadeschi due to injury.

Meanwhile Bayern Munich head to Sevilla’s Estadio Sanchez Pizjuan in the second quarter-final fixture of the night as overwhelming favourites to make it through to the semi finals of the Champions League.

The Bavarians have been in imperious form both domestically and in the previous round where they demolished Besiktas 8-1 aggregate.

Sevilla are however no push-overs as they have demonstrated against Manchester United in the last 16 Champions League stage.