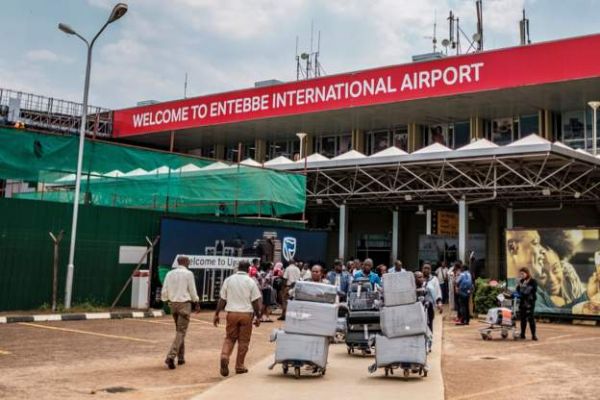 The authorities in Uganda are trying to track down 84 passengers who were on an Ethiopian Airlines flight with a man who tested positive for coronavirus.

They have called on the travellers to come forward for screening.

On Saturday, Uganda's health minister Ruth Jane Aceng had said all of them were in quarantine and could easily be monitored.

However, that was not the case and the passengers had been let go and told to self-isolate.

A government official told the BBC it was assumed all the passengers on Ethiopian Airlines flight ET338 into Uganda had been separated and quarantined.

Efforts are now underway to trace them.

Meanwhile, at least two priests have been arrested in Uganda for conducting masses despite a ban on religious and other gatherings due to the coronavirus.

A priest at a Catholic church in the capital Kampala insisted he was recording a televised service with a production team, but eyewitnesses said several dozen people were in the congregation.

Uganda confirmed its first case of coronavirus on Saturday.

A number of African countries have reported a jump in infections, including Kenya, Tanzania and Nigeria.