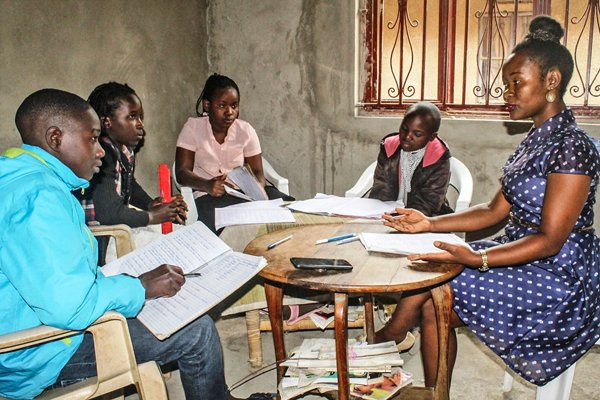 Schools are struggling to attract teachers back after reopening with some now engaged in homeschooling where they are earning more than they were being paid on their previous jobs before the lockdown.

Ms Linda, a teacher in one of the private schools around Kampala, said she had to adjust to sustain her family when government abruptly closed businesses last year over COVID-19.

She moved from home to home in her neighborhood in Kyanja, a Kampala suburb, in search of parents who could trust her with children so she can coach them at a fee during the lockdown.

“The first three months of lockdown were difficult. I didn’t know what to do and had three children to feed and rent to pay. How was I supposed to meet these expenses when learners were at home? I called parents of the children I had been teaching and one of them gave me her two daughters. This was my turning point,” Ms Linda recalls.

She started charging each child Shs20,000 per week and when the numbers grew, instead of going to their homes, she rented a house where they all meet and increased the fee to Shs50,000. Currently, she earns Shs450,000 per week compared to Shs500,000 she was being paid a month at her school.
But some parents said homeschooling is expensive and unsustainable.

“Most of us have abandoned it. It is not sustainable. We have been paying Shs20, 000 per child per day. If you have three children, that is Shs60,000 per day. The teacher is coming three days a week. How much are you earning in the lockdown where there is no serious economic activity? It is very expensive and unsustainable,” Mr Moses Karugaba, a father, said yesterday.

“An average Ugandan has four children. You are spending almost a million on a teacher coming to teach for two hours and leave you to do the bulk of the work. You ask yourself after the kids have gone through that teaching, so what? Are they going to the next class? What skills are they getting?” he added.

Mr James Jjuuko, the headteacher of Kisugu Primary School and chairperson of Kampala Primary School Headteachers Association, said the lockdown will have immense impact on the education sector with some of their teachers already diverted into private business.

He cited an example of a teacher who started a matooke business and has been making a profit of Shs400, 000 every week. “She said she will never come back to teaching. There are those who started boda boda businesses and can have Shs60,000 a day. That is a lot compared to Shs500,000 we pay [monthly] in school. Somebody who has been doing Zoom lessons or invited by parents to teach in different homes will never come back to teach,” Mr. Jjuuko said.
He is also worried about the competence of teachers if they are replaced.

“We can replace them. There are many who look for teaching jobs but when you interview them, they are lacking. Recently, I had a teacher who came and told me he was a Mathematics and Science teacher. I was excited. Then I gave him a mock exam student had done. He scored 51 percent in Mathematics and 68 per cent in science. But the students had got 90 per cent,” Mr. Jjuuko said.

“Our job having been made unattractive, it doesn’t attract bright students anymore and you don’t what to lose those with experience,” he added.
Mr. Hassadu Kirabira, the National Private Educational Institutions Association secretary, is equally concerned about the quality of new teachers.

He warned government that if they don’t reopen nursery schools, it will give an opportunity to teachers to gather children in unaccredited homes, which have been turned into illegal schools.

Mr Kirabira said government should be aware that parents have to work and schools have been some of their safe places to leave the children.