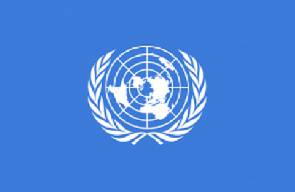 Ahead of Ghana’s December 7, general election, a joint high-level mission of the Economic Community of West African States (ECOWAS), the African Union (AU) and the United Nations (UN) has ended a three-day meeting in Accra.

The rest were Aisha Laraba Abdullahi, the AU Commissioner for Political Affairs and Dr Mohammed Ibn Chambas, Special Representative of the UN Secretary General for West Africa and the Sahel.

Speaking at a news conference on Friday, Dr Ibn Chambas noted that the principal objective of the joint mission was to contribute in sustaining democratic governance in Ghana.

Dr Ibn Chambas said the Mission sought to reiterate the strong support of the international community for peaceful, transparent, and credible elections, develop an understanding of the perspectives of Ghanaian stakeholders on key issues and development ahead of the polls.

The rest are to assess the risks of election-related violence and urge for a peaceful electoral process, to explore options to further support dialogue and consensus by stakeholders on critical issues, as well as gather agreement on all sides for the organisation of a peaceful summit, which culminates in the signing of a Peace Accord as a reaffirmation of the peace consensus.

He said, in the course of the mission, consultations were held with the Chief Justice, the Minister of Foreign Affairs and Regional Integration, the Minister of the Interior, in the presence of the Inspector General of Police, senior leadership of political parties, the Electoral Commission, the National Peace Council, religious leaders, civil society organisations and media associations.

He said the joint Mission obtained an expression of commitment from the political parties to sign a Code of Conduct ahead of the December elections; which is similar to the 2012 Kumasi Declaration.

Dr Ibn Chambas explained that signing the agreement would cement their commitment to peace, before, during and after the elections.

He said, this would send a good signal to Ghanaians about their intention to protect the nation's democracy, their respect for human rights and the cultivation of peace.

He said the Mission was satisfied that the stakeholders were able to use legal channels to address their concerns regarding the voters register; as a result there was a general consensus that could be used for the general election.

He said as the official campaign is being launched, the Mission expresses the hope that all political parties would invest in the civic education of the population.

He said in particular, the Mission noted the importance of increased participation of women and youth in the electoral process.

Dr Ibn Chambas stated that the Mission advises politicians to avoid inflammatory rhetoric in their declarations, which could incite violence, and instead, focus on issues-based campaigning.

He said the joint Mission was proof of the international community’s solidarity with Ghana, a country with a strong and rich democratic heritage.

“The ECOWAS, the AU, and the UN are optimistic that through the efforts of all, Ghana will solidify its democratic credentials and consolidate its well-earned status as a model for credible elections and democratic governance," he said.