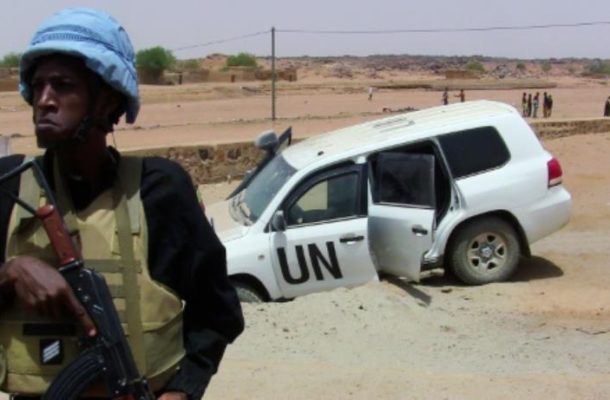 The United Nations' Mali mission announced Friday the discovery of a large arms cache in the flashpoint city of Kidal, where rival groups have clashed in recent weeks over the country's shaky peace deal.

The most recent fighting -- between pro-government group GATIA and ex-rebels from the Coordination of Azawad Movements (CMA) -- left around a dozen fighters dead on September 16 near the northeastern city.

A spokesman for the UN mission, known by the acronym MINUSMA, said in a statement that "MINUSMA's land, air and helicopter operations were able to identify a significant cache of weapons in the In Tachdait area, located 80 kilometres (50 miles) north of Kidal."

"This weapons cache also contained a substantial stock of munitions, including 107 mm and 122 mm rockets used during indirect attacks on towns or the fabrication of IEDs (improvised explosive devices)."

The weapons dump was destroyed where it was found, the mission added, without clarifying to which group it had belonged.

An Algeria-led international mediation team, which includes the UN, EU, African Union and the regional bloc ECOWAS, has said it was "deeply concerned" by the recent clashes and threatened sanctions targeting those responsible.

GATIA said this week that it had pushed the CMA out of two key villages in the region -- Inekabawatane, and In Khalil, a strategic frontier settlement that sees the transit of all imports from Algeria to northern Mali.

Northern Mali fell into the hands of jihadists linked to Al-Qaeda in early 2012.

The militants benefited from the fall of Libya's longtime dictator Moamer Kadhafi in 2011, when weapons flowed out of the country in the intervening chaos into Mali.

Ongoing international military intervention since January 2013 has driven Islamist fighters away from the major urban centres they had briefly controlled, but large tracts of Mali are still not controlled by domestic or foreign troops.

Analysts say tribal rivalries have led to a deterioration in the security situation in the north.