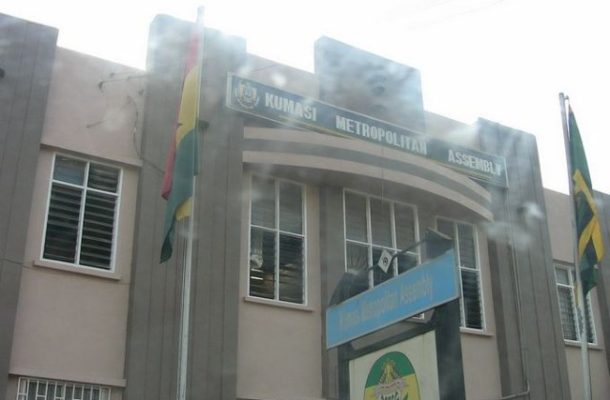 A government appointee to the Kumasi Metropolitan Assembly (KMA) has blamed the failure of the assembly to produce a Presiding Member (PM) after several rounds of voting on the entrenched position adopted by two candidates.

Francis Dodovi says the two, Nana Adum-hene and Nana Kofi Senya are suspicious of each other and this has stalled efforts to hold a smooth election for the assembly.

“The emotions of both sides are so high that all of us are not allowing the system to be. It’s very difficult to understand what is going on,” he complained to Dzifa Bampoh, host of Joy FM’s Top Story programme Tuesday.

An exercise to elect a PM for KMA Tuesday degenerated into confusion and fierce fisticuffs among some Assembly Members. Blows were traded, chairs thrown and insults hurled at one another after five rounds of voting failed to produce a clear winner.

This is a direct replica of what happened on May 17 when the election was first conducted for Messrs Senya, believed to be a loyalist of the New Patriotic Party (NPP), and Adum-hene, also believed to owe allegiance to the governing National Democratic Congress. Some assembly members left the meeting ground with injuries sustained from scuffles at the meeting.

His comment, Luv FM’s Erastus Asare Donkor reported, infuriated one assembly member named as Ayariga who gave Mr Aidoo some slaps. This led to a fight between the two which nearly turned bloody had it not been the intervention of other members.

The election would now be conducted for four new aspirants namely Michael Adu, Abraham Boadi, Opoku Obeng, and Salifu Muslim. The one who polled the highest votes would be declared the winner.

Francis Dodovi wondered what would motivate a presiding member aspirant to behave the way Adum-hene did.

"I do not see the influence a Presiding Member wields in the region for aspirants to take an entrenched position, ruining the fortunes of KMA," he said.

He urged all assembly members to consider the fact that KMA's activities have been halted due to the absence of a Presiding Member and do the right thing.