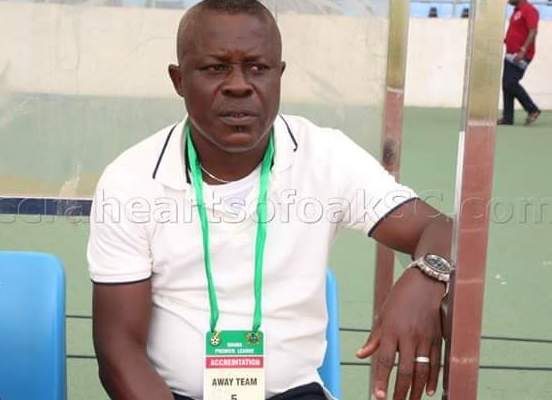 Head Coach of Karela United, Johnson Smith could be the first coaching casualty after a stuttering start to the 2017/2018 season.

The Ghana Premier League debutants have amassed just a point after three matches played so far.

Speaking to reporters after his side’s 1-0 loss to AshantiGold at the Obuasi Len Clay Stadium on Wednesday, Johnson Smith admitted his job might be in danger.

“Me being under pressure or not, that’s how our work is. Always you have to think that your things are hanging on the wall and anytime your head is called off, you pack off and go” he added.