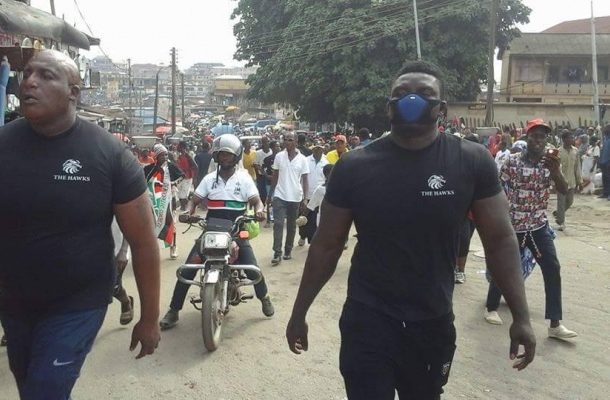 Two heavily-muscled men in black T-shirts branded as ‘The Hawks’, were seen carrying out security duties at the main opposition National Democratic Congress’ Unity Walk held in the Ashanti Region on Saturday, 28 April.

It is not clear if The Hawks are a vigilante group within the NDC, but reports from the grounds of the Unity Walk indicate that they coordinated the event.

Meanwhile, former President John Mahama, who took part in the walk, has said God will decide who becomes the next flag bearer of the NDC ahead of the 2020 presidential and parliamentary elections.

Addressing members of the NDC in Kumasi, Mr Mahama said: “God himself will choose someone to lead us. And I know that when that person is selected, by the grace of God, we will be victorious in the 2020 election.” 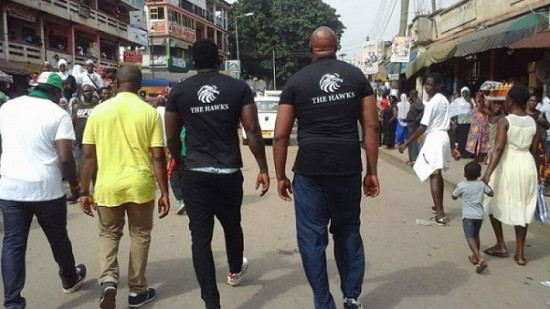 Mr Mahama is yet to declare whether or not he will contest to become the flag bearer of the main opposition party.

Other interested persons including Professor Joshua Alabi, former Rector of the University of Professional Studies; and Sylvester Mensah, former Chief Executive of the National Health Insurance Authority (NHIA), have declared their intention to contest.

The NDC is currently undergoing restructuring after losing the 2016 elections to the New Patriotic Party (NPP). 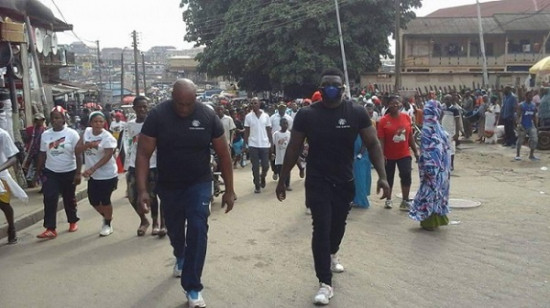