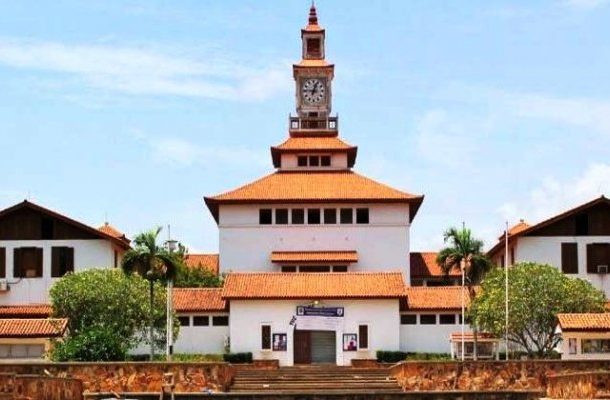 Ghana's  premier university, University of Ghana (UG) has been adjudged the best tertiary institution in Ghana.

The latest ranking by Webometrics Ranking of World Universities also placed the Legon based university 1,447 in the global ranking.The Kwame Nkrumah University of Science and Technology (KNUST) placed 2nd in Ghana and 1,868 in the world, followed by the University of Cape Coast (3,036 worldwide) and University for Development Studies (3898 worldwide), respectively.Garden City University College, which placed 5th topped the list of privately-owned universities.The ranking also featured polytechnics and private universities in the country.Sixty-six countries were listed in the January 2019 edition and the rankings were based on indicators such as presence, impact, transparency and excellence.The Ranking Web or Webometrics is the largest academic ranking of Higher Education Institutions.

Since 2004, an independent, objective, free, open scientific exercise is performed by the Cybermetrics Lab (Spanish National Research Council, CSIC) every six months for reliable, multidimensional, updated and useful information about the performance of universities from all over the world based on their web presence and impact.Below is the list of the top 10 universities in Ghana: