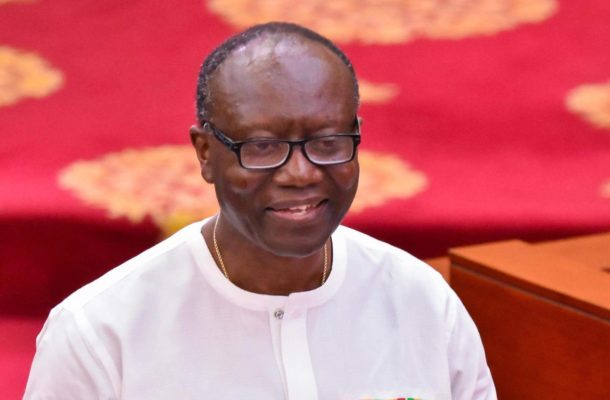 Unprecedented developments across the world forced the government to turn to the International Monetary Fund (IMF) for assistance, Finance Minister, Ken Ofori-Atta has said.

In his first public remark after Ghana invited IMF to support it, Ofori-Atta said, although the government had tried resisting the urge of signing up for an IMF bailout, Russia’s invasion of Ukraine and the Covid-19 pandemic led to some economic challenges that required external intervention.

“Yes, I know this Government assured the nation of a Ghana beyond Aid and our plans and programmes for economic transformation have been designed to achieve just that, and indeed, I did say that Ghana would not embark on an IMF programme.”

“Unfortunately, unprecedented global developments over the past two years, especially in these last six months, have really and truly disrupted our efforts. Governments across the world have had to change course to tackle the current crisis,” he explained.


Ghana’s economy has faced turbulent times in 2022, with inflation reaching a 19-year high of 29.8 percent.

The cedi has also been regarded as the worst performing currency against the dollar after depreciating over 20 percent in 2022.

Presenting the mid-year review of the Budget Statement and Economic Policy in Parliament today, Monday 25 July 2022, the Minister said the government remains committed to “turning the country around”, despite Ghana’s slow economic growth.

“Ours is of a history of turning things around when the country is in crisis. When the NPP took over the reins of Government in 2017, we inherited a challenged economy under an IMF programme, which we successfully turned around and exited the programme in 27 months. If the economy was not on track, we would not have been given the all-clear.”