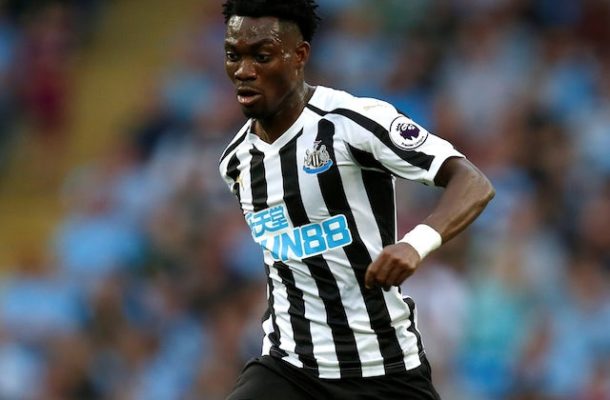 Ghanaian winger Christian Atsu made a cameo appearance for his Newcastle United side in the Carabao Cup game.

The magpies beat Blackburn Rovers by a lone goal to nil at the St James Park to progress to the next stage.

Ryan Fraser scored on his debut to help Newcastle beat Championship side Blackburn Rovers in the Carabao Cup.

Fraser latched on to a clever Miguel Almiron through ball and slotted home midway through the first half.

Blackburn dominated possession throughout but lacked the cutting edge to prise open a stubborn Newcastle defence.

Steve Bruce's side hung on to earn a trip to Morecambe in the third round next week.
With Blackburn tiring, Bruce handed transfer-listed Christian Atsu an opportunity with 10 minutes to go as he replaced Ritchie.

Rovers piled on the pressure towards the end of the game and created a series of half chances with Derrick Williams coming closest with a sweeping shot over the bar.

Brereton also had a chance deep into stoppage time but United scrambled clear and earned a trip to the Globe Arena next week.