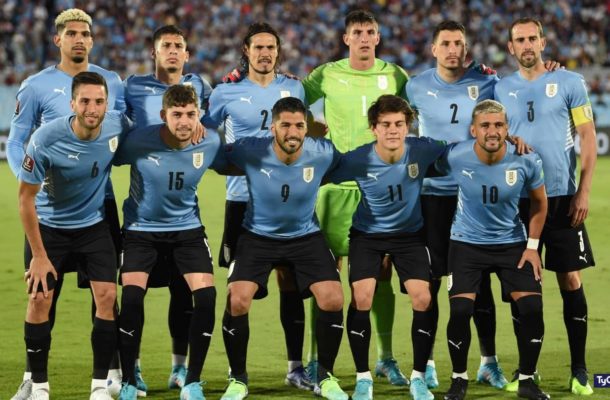 Ghana's group opponents, Uruguay already has three friendlies confirmed for the month of June, one of them in Montevideo that will serve as a farewell to the public for long  serving  players such as Fernando Muslera, Diego Godín, Luis Suárez, Martín Cáceres and Edinson Cavani, and another two in the United States.

Meanwhile, efforts are underway to play two friendly matches in September on Asian soil and now the possibility of playing one in November against a European rival has arisen.

The sky-blue will travel from the North American country to Uruguay to play on Saturday the 11th June against Jamaica .

The sports management of the AUF is still trying to close the friendlies with Qatar and Saudi Arabia that will be played in September, two other teams that will play the World Cup.
An agreement is close with the only thing left being that it must be officially signed by all the parties.

The coaching staff of Uruguay have also asked to find African and European rivals as Uruguay are in the same group in the World Cup with Korea, Portugal and Ghana.

There has been talks to play Morocco in a friendly and negotiations were made with Morocco, but for the moment no progress has been made with the African team.

However, an opportunity to play against an European country did appear. Although at the moment it is  still a distant possibility, it is possible that in November, about 10 days before the start of the World Cup (it will start on the 21st, but Uruguay will debut on the 24th), the Celeste may appear in Israel against a local team .

The planning implies that Diego Alonso's coaching staff moves to Europe, in a city to be defined, where all the players will also go to prepare for Qatar 2022.