Use the courts instead of vilifying the EC – Dr. Koranteng Pipim 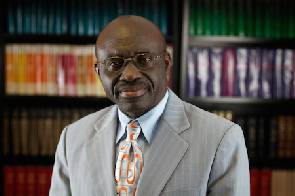 He said attacking the EC threatens the electoral peace Ghana has enjoyed over the years.

He was addressing a peace concert organised Ghana National Association of Adventist Students to encourage students in the University of Cape Coast to vote for peace in the December polls.

The concert, “House of Praise 2016” was attended by representatives of the various political parties, the traditional council of Cape Coast, the police among others who were treated to some patriotic musical performances. Ghana has some unique institutions that are of envy to many countries.

The Supreme Court, the Peace Council and the Electoral Commission are a few of them, irrespective of criticisms levied against these institutions by some people.

The Electoral Commission disqualified 12 political parties from contesting in the upcoming general elections for various reasons.

Following the disqualification, some politicians were reported to have gone to the extent of undermining the integrity of the EC.

But Dr Samuel Koranteng Pipim was of the view that the manner in which they acted was uncalled-for describing it as immature.

“Any time EC takes a decision and a political party starts attacking them and insults them for their competence, they risk our peace. We must be more matured” Dr Koranteng advocated that the act is unprofessional and urged politicians to debate issues on their merits.

When asked what options are available to the aggrieved parties, he told 3news.com that, “They should take them (EC) to court if the EC goes contrary to the constitution, that is the proper way!” Dr. Koranteng also condemned politicizing decisions of the EC and the Judiciary.

“Let’s stop insulting peace officers, judges et al. because they are the vital institutions for our democracy and we must respect these institutions,” he advised the public.

Dr Koranteng reminded the audience to be mindful of their freedom of speech.3news.com