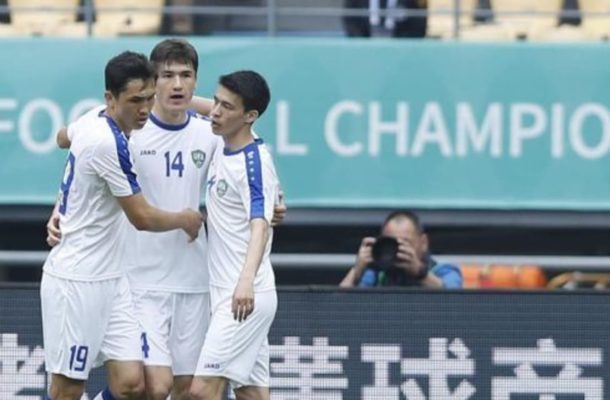 Nanning: A first half goal from Eldor Shomurodov was enough for Uzbekistan to secure a 1-0 win over China PR on Monday, as the Central Asians finished third in the 2019 China Cup.


China came into the third-place play-off match looking to improve from their 1-0 loss to Thailand in the semi-finals last week, but they were forced to play defensively for long periods in the first half, as Uzbekistan dominated possession and attempts on goal.

Uzbekistan played patiently and waited for an opportunity to pounce, and in the 35th minute, they did.

The action began with a close-range Uzbekistan pass but the ball deflected off a Chinese defender and flew further into the East Asians' final third, which Shomurodov collected.

The 23-year-old then showed his grit and talent when he dribbled past a defender and shot home with a right-footed strike to give Uzbekistan the lead.

Fabio Cannavaro's China returned from the break stronger, and began to make inroads but Uzbekistan looked more likely to score with their impressive quick passes in the Chinese box.

Uzbekistan, however, failed to convert their chances but in the end, It didn't matter.