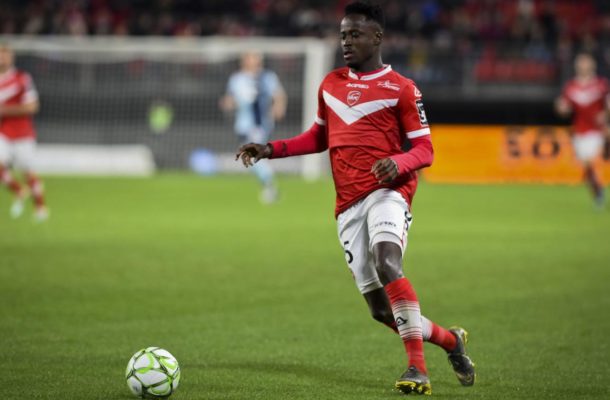 Former Ghana U-20 defender Emmanuel Ntim has revealed that he had other ideas on his ideal European destination aside France when he began his European sojourn.

Ntim who now plays for French Ligue 2 side Valenciennes says he wanted to play elsewhere other than France with the Scandinavian Region his ideal destination but was convinced by his agent to opt for France.

The Ghanaian says language barrier was a key reason in opting against playing in France as he had offer from Helsinborg and other clubs from around that region.

"Basically, there were teams in Sweden and Norway on me. I wanted to go there because they speak English. In Ghana, we all speak English. Except that the agent told me to go to Valenciennes when I had prepared to go to Helsingborg in Sweden," he told beIN Sports.

"But why in France? I do not speak French!," he added.

"I was not happy, I do not want to go to the base, but I had no choice. I came to France. When I got to the airport, they only spoke French. The person who was to pick me up was late. I had to call someone.

"In my head, I said to myself: " I actually changed the world ." I was sad. But I wanted to play football so I had to move on,," he concluded.

The Ghanaian has been a hot commodity with French Ligue 1 sides Montpeiller and Bordeaux all chasing his signature.