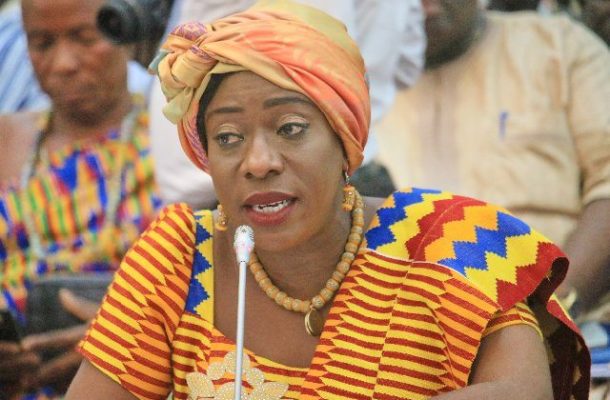 Minister for Tourism, Creative Arts and Culture, Catherine Afeku, has revealed her favorite actors which has led to the selection of the Tourism Ambassadors.

According to Madam Afeku who openly chose award winning actor Van Vicker as her favourite actor over his Ghanaian counterpart John Dumelo, her choice of Van, is as a result of those who are much closer to her and those she usually travel with.

“Van Vicker any day, hey van, we going to Volta Region with you. I’m picking those that I travel with” she said.

She said this on The Starr Chat Show on Starr Fm when host of the show, Bola Ray posed names of characters in twos, of which she had to choose from. Some of the personalities or celebrities she chose were Agya over Lil win, Jackie Appiah over Nadia Buari among others.

According to the Evalue, Jomoro-Gwira Member of Parliament, her choice of Van Vicker over Dumelo is never politically motivated but rather the friendship that exists between herself and Van.

She however stated that, John Dumelo as an actor is well gifted and talented at what he does and she also has a good relationship with him.