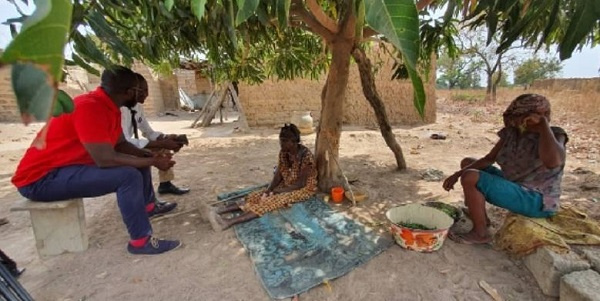 The rescue of an octogenarian left destitute by leprosy

Vice President Dr Mahamudu Bawumia, has gone to the rescue of an octogenarian left destitute by leprosy.

Dari Poga, will soon have a two-bedroom constructed for her by the Vice President at Gurungu in the Upper West region.

People familiar with the matter, have said construction of the house is to start this weekend, and that money has been released to the constructor.

It is, however, not clear how much the house will cost.

Dari Poga, was afflicted by leprosy at a young age and has since lost all ten fingers and eight toes to the disease.

Her sad situation was reported by JoyNews and less than 24 hours after her story aired, the Vice President, has gone to her rescue, donating food supplies, toiletries, among others.

She lives at Gurungu in the Upper West region with just a granddaughter after losing four of her ten children and being abandoned by the rest.

A cash amount of Â¢2,000, has also been added, Hafiz Bin Salih, Upper West Regional Minister, who made the donations on Dr. Bawumia's behalf said.

A construction foreman who followed the delegation, will begin construction works for a two-bedroom apartment for Dari, Dr Salih said.

He urged Ghanaians to emulate the kindness of the second gentleman.

Dari Poga's condition was highlighted in a JoyNews Hotline documentary titled 'Withered Skins,' which was produced by Seth Kwame Boateng.