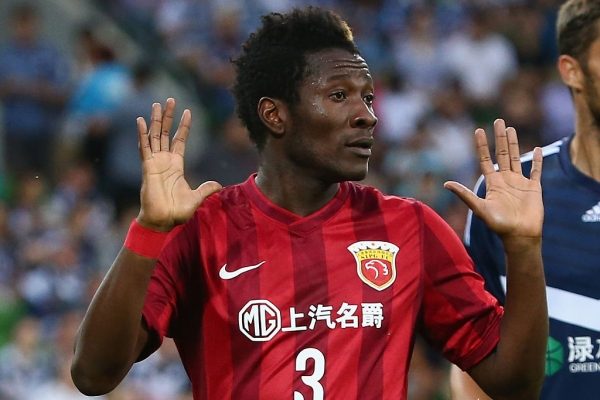 Asamoah Gyan is the captain of the Black Stars

Black Stars and Kayserispor forward, Asamoah Gyan, has shown a kind heart to some people on the street.

In the video, Gyan is seen seated in his car giving GHC 20 note to over 15 people.

Gyan’s kind gesture might not be a surprise as he is regarded as one the philanthropists Ghana has ever produced.

Gyan is the all-time Black Stars top scorer after scoring 51 goals in 103 games.

He has played for top European clubs including, Udinese, Sunderland and Rennes.