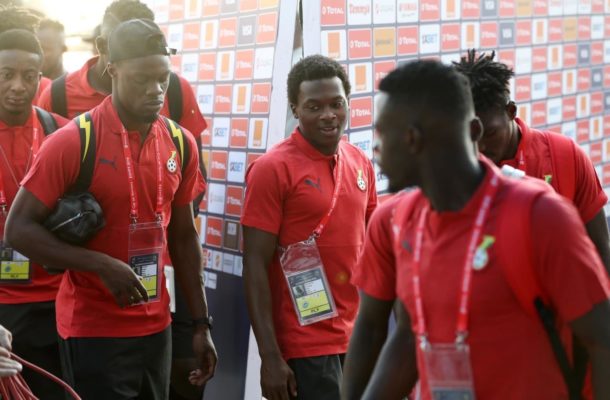 The Black Stars sneaked into town in the early hours of Thursday morning following their humiliating exit from the 2019 Africa Cup of Nations.

Ghana were booted out of the tournament on Monday after losing 5-4 on penalties to Tunisia in the Round of 16 after playing out a 1-1 draw in 120 minutes.

The team arrived quietly at the Kotoko international airport in Accra around 5:00 am.

Meanwhile, the entourage didn’t include a handful of players who already departed straight to their clubs from Egypt.

Columbus Crew defender Jonathan Mensah is already back in the United States to continue his 2019 MLS season while others like Andy Yiadom, Kassim Adams and Thomas Partey left the team’s camp for their respective clubs in England, Germany and Spain respectively. The trio, it is understood, are quickly joining their clubs for pre-season.