VIDEO: Black Stars made quick return to Ghana after win against São Tomé and Principe 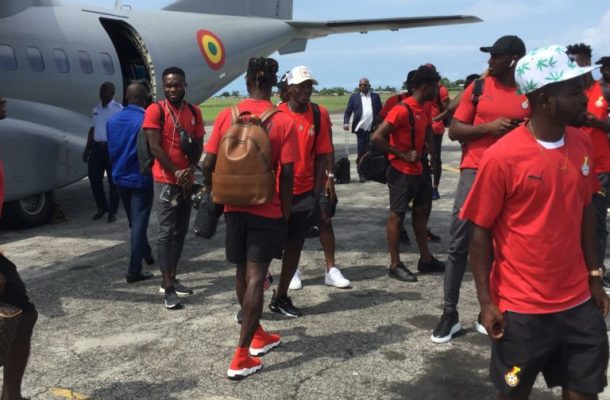 The Black Stars of Ghana made a quick return home last night after their one nil win over islanders Sao Tome and Principe in the second round game of the Afcon 2021 qualifiers on Monday.

Ghana recorded its second consecutive victory in the qualifies after a second half penalty was converted by Joran Ayew to give the Black Stars all three points.

The Black Stars had earlier beaten South Africa back home on 14th November at the Cape Coast stadium by two goals to nil.

The team left their hotel and headed straight to airport just hours after the game to return to Ghana.

Ghana comfortably sits atop their group in the Afcon 2021 qualifiers.


The team arrived late last night after which most of the players departed to their various destinations abroad.