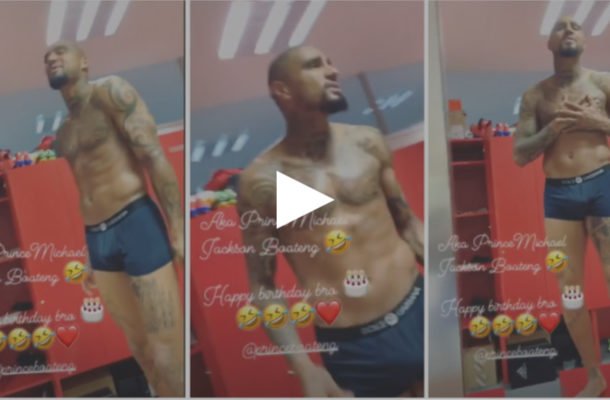 The fondness of Kevin-Prince Boateng for imitating Michael Jackson is known, as he showed in 2011 during the celebration of the 'Scudetto' with AC Milan, and this Wednesday he returned to demonstrate it in the locker room of the Ciutat Esportiva Joan Gamper.

After training, the Barcelona striker who was celebrating his 32nd birthday delighted his teammates with an incredible rendition of  Michael Jackson’s 'You Are Not Alone'.

The performance was captured by French defender Samuel Umtiti , who posted the video on his Instagram account.

The Ghanaian international joined the Catalans on a six month loan deal from Italian club Sassuolo earlier in January.

HERE IS THE VIDEO BELOW: