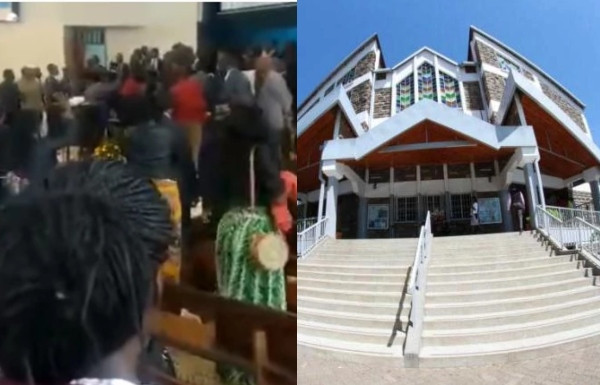 There was chaos at Nairobi Central Seventh Day Adventist (SDA) on Saturday, July 20, 2019, after a faction of angry members stormed the church and assaulted the Head Pastor, Jean Pierre Maywa on the church's altar.

The fight occurred when members alongside the Pastor, gathered to discuss the fate of the faction, Nairobi Cosmopolitan Conference (NCC), that wants to split from the church.

Prior to the fight, the Nairobi Cosmopolitan Conference (NCC) had lost a court case in which they challenged the church's leadership.

The reconciliation meeting started off with shout matches and led to a fight few minutes after.

In the video shared online, some congregants were spotted shouting while others took to the altar to defend the pastor from further assault.

The meeting was called off after the police stormed the church and restored order by using tear gas canister.

Here is a video from the scene below;