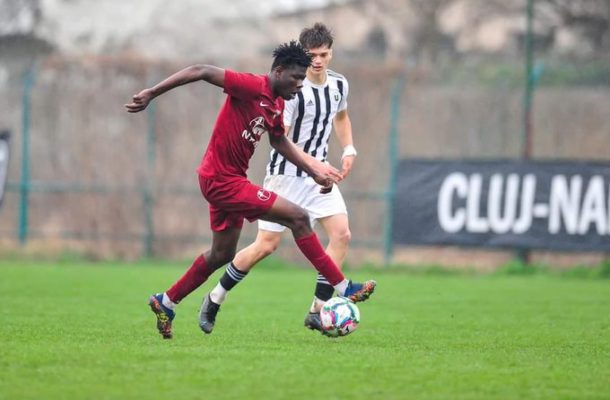 Ghanaian striker Emmanuel Yeboah was the hero and villain at the same time after scoring a spectacular goal against Chindia Târgovişte and then seeing red.

It was his first start of the season for his Romanian side CFR Cluj and it was pleasure laced with disappointment.

The 19-year-old striker managed an exceptional scissor kick goal in the first half of the Chindia Târgovişte - CFR Cluj match, but was shown a red card in the second half of the match.

CFR Cluj put on a show in the first half of the match with Chindia Târgovişte.

In the 45th+1st minute, also from Hoban's cross, Emmanuel Yeboah managed an exceptional scissor kick that Cătălin Căbuz had no chance.

It was the first successful goal in Ligue 1 for the 19-year-old from Ghana.

In the 68th minute, Emmanuel Yeboah left his team outnumbered. He committed a hard foul, and spirits heated up in Ploiesti. And Dan Petrescu was eliminated by Iulian Călin.