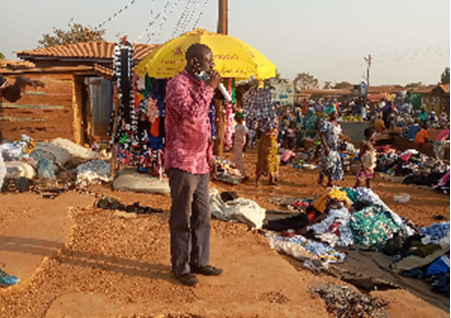 The former government appointee is seen in a video preaching the gospel of Christ at a market square at Kpassa in the Oti Region.

It is gathered that prior to this, he attended the Bible College and was ordained a Reverend Minister which is why he is seen in the service of the Lord.

In a post on his Facebook wall, he wrote “Taking the Gospel of our Lord Jesus Christ to the people of Kpassa in the Oti Region of Ghana.

He is the founder of the Centre for Freedom and Accuracy a revealed in 2017 that he received GHS500 as a Deputy Minister under the erstwhile John Agyekum Kufuor administration.

“When I was a Deputy Minister, my salary was GHS 500 in 2003. Fast forward 2017, and today I sometimes wonder whether it’s the same position some of us went and occupied,” He revealed.