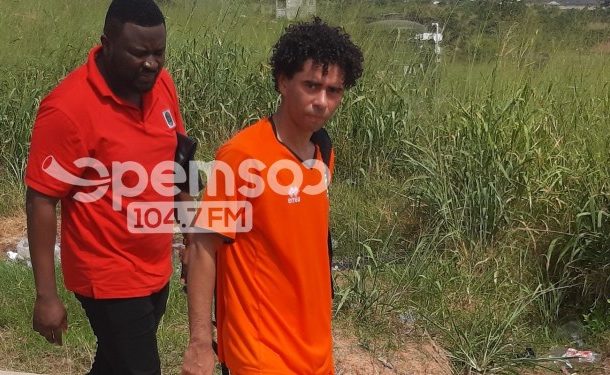 Gama who signed for the club last month only arrived in Ghana on Tuesday with his family and was met on arrival by the club's CEO, Nana Yaw Amponsah.

The Brazilian midfielder dazzled fans of the club with his silky skills and is likely to make his debut in the coming days for the club.

He has signed a two year contract with the Ghana Premier Leagu giants .

Gama, 28, has been without a club since March this after leaving Swedish side Jönköping Södra where he played 33 matches for the Swedish elite division scoring three goals while providing two assists.

The left footed central midfielder has in the past played for EC Bahia, Botafogo, Serrano Ba,Itabaina SE ,ABC FC among others all in his native Brazil.

In Sweden he also played for Värnamo in 2019 before joining  Jönköping Södra a year later.