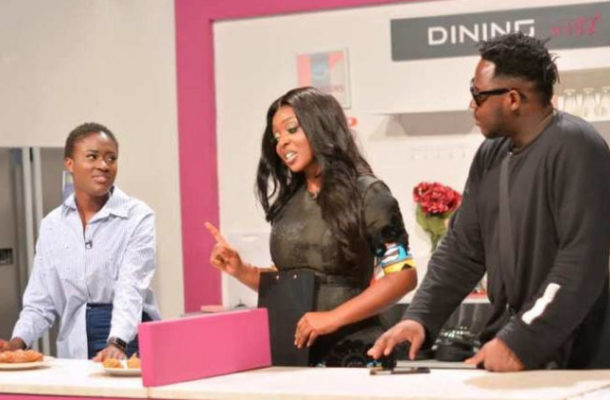 The two who are currently the hottest couple in town have appeared on the fourth season of Yvonne Okoro’s cooking show, ‘Cooks and Braggarts’.

In a teaser video, the first episode of the show captures Medikal and Fella Makafui competing in the kitchen for the ‘Dining with Cook and Braggarts’ position.

As they cooked, the host, Yvonne Okoro, asked them some questions regarding their love life and more.