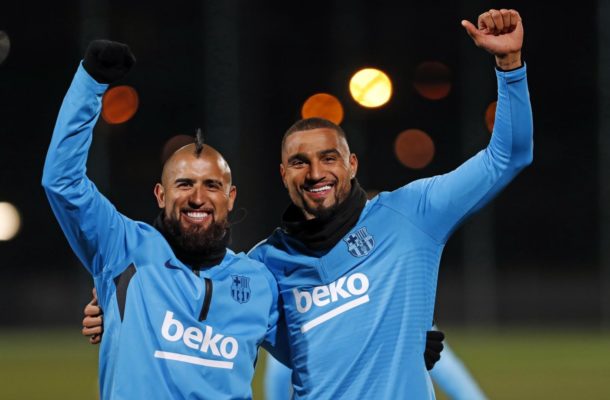 Boateng was signed on loan from Italian side US Sassuolo in the January transfer window to provide cover for Suarez, though he has featured less than many had expected.

The Ghana international has played just two matches for Barcelona. He was thrown into the line-up for the first leg of the Copa del Rey quarter-final away at Sevilla, despite only joining a day or so before, as he featured for 63 minutes before being taken off.

His only other match came against Real Valladolid, once again starting but being withdrawn on the hour mark. The 32-year-old did not score in either game.

watch the video below: