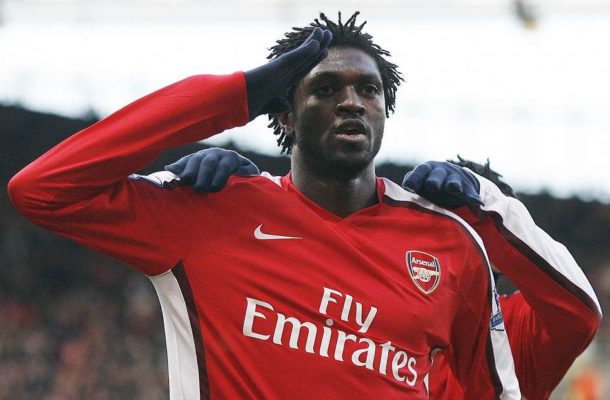 Emmanuel Adebayor, a Hisense ambassador made it known during the club's unveiling of their sponsorship agreement that playing for Kotoko will be a dream.

He also adds that he would love to retire in Ghana and will never say never when it comes to playing for Kumasi Asante Kotoko.

The lanky Togolese striker has in the past played for Monaco, Arsenal, Manchester City,Real Madrid, Tottenham Hotspurs, Crystal Palace among others.

Adebayor who has often courted controversy during his playing career especially when he moved from Arsenal to join Manchester City will be a huge boost to Kotoko and will enhance the clubs commercial profile.

Hisense have entered a three year sponsorship package worth GHC 3 million with Kotoko while the club will also get a GHC 250,000 worth Hisense products to furnish the Kotoko Adako Jachie Project when it is completed.