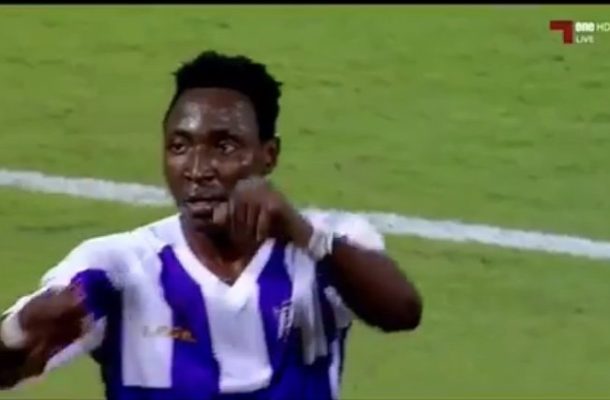 The game was heading for a 2-2 draw till the burly Ghanaian striker popped up with the winner for his side making it 3-2.

Kofi Kordzi joined the Qatari club from Accra Hearts of Oak for a reported transfer fee of $150,000 and has since scored twice for his side in three appearances.