VIDEO: Hairdresser narrates how she was tempted by a lady pastor in her salon 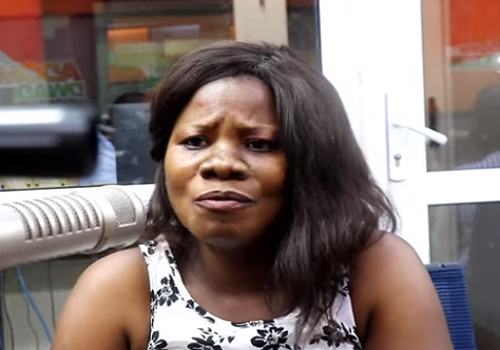 A hairdresser has given a chilling account of how she was tempted by a lady pastor at her salon at Adabraka in Accra.

According to Regina Okine of Royal Beauty Salon, she has never offered services to the pastor (name withheld) despite her frequent visits in their shop and was surprised when she requested she attends to her in the absence of her madam.

After washing the woman’s hair, Miss Okine said the lady pastor refused to go under the hair dryer and left for the house.

“This woman comes to our shop everyday but never allows me to touch her hair so I was shocked when she came one day when my madam was absent. So I decided to do it for her and while doing it I was praying hard.

“After washing her hair, she left for home saying she doesn’t want to go under the dryer to dry her hair,” she said on the social discussion segment on Adom FM’s morning show dubbed, Y’asem Nie.

She said her madam followed up to the woman’s house when she was told that the lady pastor was in her shop.

To her surprise, her madam said the lady pastor rather sent a strong warning to her through her madam.

“When my mother went to the woman’s house, the woman told my madam to come warn me saying that I cannot fight her spiritually. I was very shocked at the pastor’s behaviour,” she narrated.

As if that was not enough, Miss Okine said as soon as she received the warning from the lady pastor, she fell sick and the woman never visited the shop.