VIDEO: He slapped me, beat me mercilessly during sex - Canadian recounts abuse by Ghanaian husband 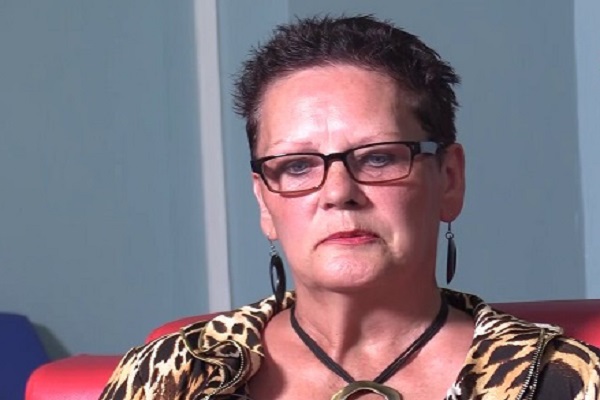 Marjorie Newell – Asamoah, a Canadian based woman who relocated to Ghana to join her husband is licking her wounds after being maltreated by her ‘soulmate’.

Recounting her ordeal to www.ghanaweb.com, Mrs. Newell-Asamoah lamented that what she thought was a love story which would end happily ever after turned out to be her nightmare.

She disclosed that few months into the marriage, she realised that her husband was a phony who scammed unsuspecting women and rendered them bankrupt. After which he abandoned them to their pathetic fates.

Marjorie stated that after finding out she had been duped by her ‘husband’, she reported the case at the CID Headquarters; an action she said cost her dearly.

She narrated that she was beaten several times by her husband, Selasie after he was accosted by the police of his actions and placed under scrutiny.

Months after she had reported the case to the police, she filed for a divorce and moved from their apartment which they had rented from the proceeds of her home she had sold in Canada.

The Canadian-based businesswoman indicated that she was coerced by her husband’s family and pastor to return home after she left her matrimonial home.

She was given several assurances including the complete turning over a new leaf of her husband.

“….Selasie had changed. He had accepted Christ. He was changing his life, he was sorry, he loved me, he wanted me back. So, I said okay; next thing I know, a pastor and the uncle approached me, telling me the same thing.

“I said okay, I’ll go back. I’m a Christian woman. He’s still my husband, if he’s accepted Christ, it’s my obligation to go back to support him with his faith.”

The first night home, he took me to bed and beat me. While he was making love to me, he was beating me across the face, hard. Saying are you sorry for what you did? So you regret what you have done, talking about the CID charges. So I pretended I liked it, because I knew with Selassie that anything I liked, he wouldn’t do and anything I didn’t like he would do to torture me. That’s the kind of person that he turned out to be.” She narrated amidst tears.

Marjorie Newell-Asamoah has said the case is still at the CID Headquarters as she awaits justice to be served.

The phenomenon of violence against women has regrettably become common across the globe and on November 25, the day is observed as an International Day for the elimination of Violence Against Women.

The premise of the day is to raise awareness of the fact that women around the world are subject to rape, domestic violence and other forms of violence; furthermore, one of the aims of the day is to highlight that the scale and true nature of the issue is often hidden.