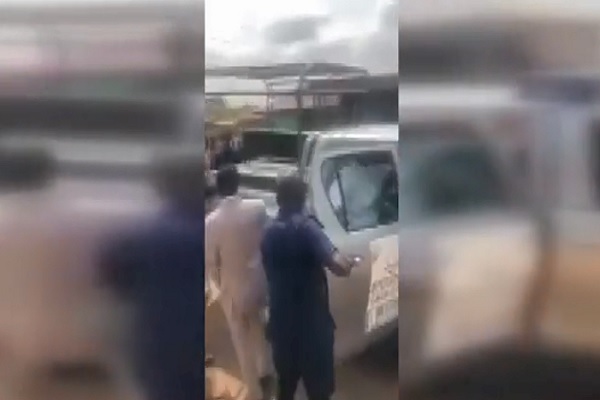 The head pastor of Open Arms Ministry, a church based in Ashanti Regional capital Kumasi, has been arrested by the police for defying the ban on church service.

According to Sampson K. Nyamekye, Peace FM’s Ashanti region correspondent, police officers were dispatched to the premises of the church, Wednesday morning, after they received complaints of an ongoing activity in spite of the ban which forms part of drastic measures taken by the government to prevent the spread of Coronavirus in the country.

The journalist told Kwame Sefa Kayi, host of Peace FM’s flagship program; Kokrokoo, that the team were met with some form of resistance from members of the church before they were able to pick up the head pastor of the church.

Checks by GhanaWeb have revealed that the said pastor is Apostle Kofi Nkansah-Sarkodie.

Declared pandemic by the World Health Organization (WHO), Coronavirus has killed more than 7,000 people, sickened over 200,000 and spread to 75 countries and regions worldwide.

Ghana is currently faced with seven confirmed cases of the widespread virus, with over 350 people having had contact with the affected persons being observed.

President Nana Addo Dankwa Akufo-Addo on March 15, 2020, issued a directive that all outdoor events including funerals, church activities and naming ceremonies, be suspended.

Schools have also been asked to close down for a period of 4 weeks.