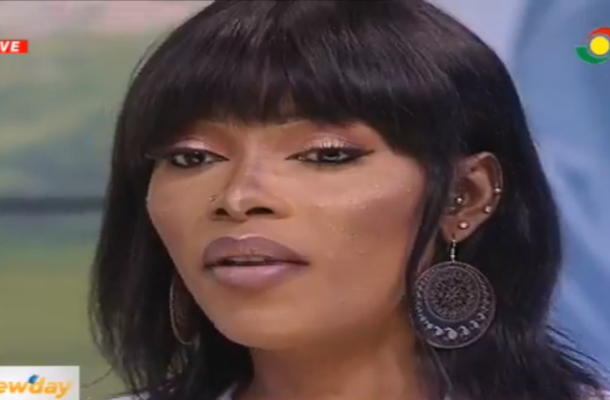 A Ghanaian transgender who is transitioning from a male to a woman has disclosed that she has a dysfunctional penis.

The transgender known as Veso Golden Oke said though she gets sexual urges, her penis does not function because she is a woman.

According to her, she is currently on hormone pills ahead of a transgender surgery “in few months”, said the pills “reduces the size and the function” of her penis”.

Speaking on an interview on TV3's New Day show, she said: “I was not medically born female but psychologically I’ve always been a woman so I expect to be addressed as a female,”

She revealed the feeling of being a woman had always been there, indicating that at age eight, “I remember I’d pray to God in the night that I’d want to wake up and my male genital is gone…”.

She said life was difficult for her growing up in Nigeria because she was a boy with girls’ features; a situation she explained, caused her to hide most times because she felt threatened.

Not only did she face difficult times outside but also from her home.

According to Veso, her family initially thought the devil had taken over her, saying “I come from an African Christian home. At first they thought it was a devil working”.

The biggest surprise, she said, was when her “strict father” rather understood her condition and offered her support as against what she had initially thought of.

She explained it was later that her mother also understood and came along to support her.