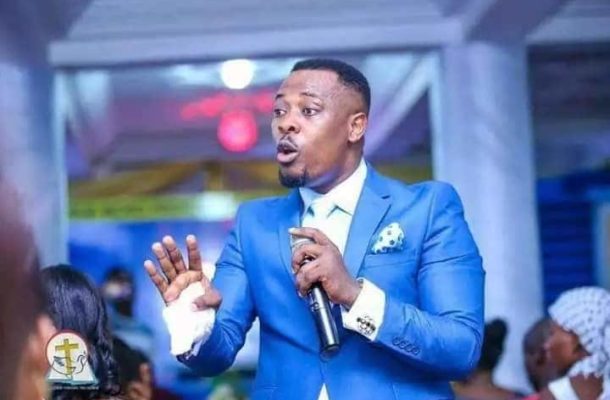 The founder and leader of the True Word Prophetic Fire Ministry (TWPFM), Prophet Nigel Gaisie has revealed that he recently had a vision in which he saw controversial 'man of God', Bishop Daniel Obinim in heaven.

According to him, God's hand spirit came upon him and he found himself in heaven where he met many people who are doing God's work.

Among them was Obinim, the founder and leader of the International Godsway Church, whom Prophet Gaisie described as a "man of God with issues".

Prophet Gaisie made the revelation while preaching to his congregants over the weekend.

In a video of the sermon Gaisie was heard admonishing his congregants not to judge because many of the pastors that they think are 'good' could not be found in heaven when he went there.

Prophet Nigel pointed out that though he was against parts of Obinim's modus operandi like him giving out lotto numbers, he cannot lie about God's prophecy about him.

The TWPFM also disclosed that God revealed to him that from now until March, something sudden and painful was going to happen in Ghana.

The thing, he said, was going to break the nation and thus needed all Ghanaians to pray against it.

The revelation, especially the one about Obinim, will come as a surprise to many as he was recently in the news for criticising Obinim for calling himself an angel.

According to Evangelist Addai, the move was just to distract and deceive Ghanaians over the clandestine activities of the presenter.